The Vespertine || by: Saundra Mitchell 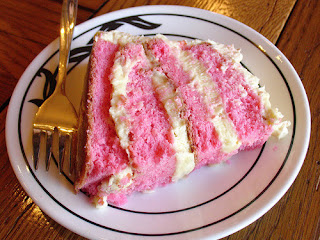 Official Summary: The summer of 1889 is the one between childhood and womanhood for Amelia van den Broek-and thankfully, she's not spending it at home in rural Maine. She's been sent to Baltimore to stay with her stylish cousin, Zora, who will show her all the pleasures of city life and help her find a suitable man to marry.

Archery in the park, dazzling balls and hints of forbidden romance-Victorian Baltimore is more exciting than Amelia imagined. But her gaiety is interrupted by disturbing, dreamlike visions she has only at sunset-visions that offer glimpses of the future. Soon, friends and strangers alike call on Amelia to hear her prophecies. Newly dubbed "Maine's Own Mystic", Amelia is suddenly quite in demand.

However, her attraction to Nathaniel, an artist who is decidedly outside of Zora's circle, threatens the new life Amelia is building in Baltimore. This enigmatic young man is keeping secrets of his own- still, Amelia finds herself irrepressibly drawn to him. And while she has no trouble seeing the futures of others, she cannot predict whether Nathaniel will remain in hers.

When one of her darkest visions comes to pass, Amelia's world is thrown into chaos. And those around her begin to wonder if she's not the seer of dark portents, but the cause.

My Summary: Amelia can glimpse the future, but only at twilight. Her talent becomes well-known all over Maryland, and her skill is in high demand by wealthy society women. However, soon she begins to glimpse darker futures, and one by one, she fulfills her own gruesome prophecies.

My Review: As you can already tell, The Vespertine isn't even close to dystopian. In fact, I think I've backtracked a little and stepped into the historical Victorian world. As much as I like books with futuristic settings, I'm also oddly drawn to stories with a historical background: real people, real places, real culture. The Vespertine was nothing short of a wonderful historical novel. Saundra Mitchell paints a rich and classy picture of the Victorian era.

I was immediately drawn to the cover, and the story description was intriguing enough. A prophetical teenage girl diving headlong into the socially structured world of elegance and chivalry, ballgowns and romances. As descriptive and beautifully written as it was, I found that the plot was not exactly captivating. The flowery language had me spellbound at first, until I realized that by the 250th page, the plot and characters lacked ultimatum. Additionally, for a romance story, there lacked some much needed....ROMANCE! From the start, Nathaniel Witherspoon caught my eye. I found myself in love with his sharp and witty banter, and artistic way of life. He and Amelia quickly grow fond of each other, but society forbids them from publicly courting because of his lowly social status as a painter (but they still see each other anyways, so it takes away from the steamy "FORBIDDEN" romance element.) Over and over they meet, but their interactions never last long. I kept telling myself that all their flirting would lead to something romantic enough to make your heart melt, but aside from a few sweet words, their relationship did not progress substantially. Additionally, it continues to bother me that the author did not go into much detail about how Amelia can "see the future." Her (the author's) descriptions are all very unclear. In the end, although I loved the Victorian English, I felt that the author should have elaborated on some key points, and created a more elaborate romance theme.

Rate & Recommend?: Saundra Mitchell's expertise in Victorian culture is unmistakable, and it makes every teenage girl wish she were clad in silk ballgowns and being whisked away to the most tasteful event of the year. If you enjoy historical novels, then this story is perfect in the historical sense. But for the rest of us gals who are looking for an adventurous romance, The Vespertine is a bit of a let down with its 3 out of 5 rating. Hmm, although I wouldn't classify The Vespertine as a story with a  thought-provoking plot line, it is without a doubt, written beautifully.

NEWS: Saundra Mitchell's THE SPRINGSWEET, a companion to THE VESPERTINE, sees a woman mourning the passing of her fiancé heading to Oklahoma to start a new life in the Victorian-era wild west. Coming Spring 2012 from Harcourt Children's Books
Posted by Carina L. Tai at 7:09 PM