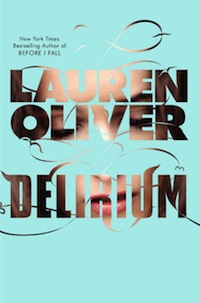 My Summary: Welcome to a world where love is an unwanted disease. 17 year-old Lena Holoway is counting down the days until she undergoes the standard operation to eradicate the potential of developing amor deliria nervosa- love. No love means no pain, and everything and everybody will be content and predictable. But it's day number ninety-five, and Lena catches a glimpse of someone who will send her life spiraling out of control. He takes her breath away. Could this be love? And is it worth her life? The summer days are ticking away, and it's time she followed her heart.

My Review: OHMYGOSH! I dove headlong into this book only vaguely knowing that it was about a girl who was anxiously awaiting for an operation of some sort. To my pleasant surprise, it was SO much more. Humor me for loving this book even more since it's dystopian. I'm madly attracted to this epic genre (though some people argue that the futuristic/defying-the-government love scenario is getting old.)

Moving on... Lauren Oliver has succeeded in weaving a world filled with star-crossed love and sacrifice. There's something innocent about your shorter-than-average 5'2" teenager who's scared of love. She's ordinary, average-looking, and doesn't even believe someone will fall in love with her. She's lived her entire life thinking it's a deadly disease that only surgery can cure. The government has spent decades spreading and reinforcing lies. But the glimpse of one boy, Alex, completely uproots every rule Lena was raised to obey. His honey-colored eyes and brunette crown are striking, and his voice: cajoling and gentle. He is undoubtedly the epitome of a perfect lover and firmly sincere in his intentions and beliefs. Through a series of coincidental meetings, they fall in love. Quickly, beautifully, and painfully.

At first, Alex and Lena's romance seemed trivial and shallow. Two inexperienced and cautious lovers who were navigating the waters of emotional infatuation for the first time. But as the story progressed, and the pages began to fly by, I could almost feel the sweet thickness of their raw emotions flooding over me. The story is moderately paced, with a hooking plot and drawn out middle. The ending, however, was deeply instigating and heartbreaking. One girl, one boy, secrets, and a love that is forced to endure the injustice hurled at them by society. Some books are interesting, while others are entertaining. But once I read the very last sentence, on the very last page, I realized, Delirium, is beautiful.

As for the negative side, there wasn't much that struck me as odd or bothersome. The middle is a little slow, and Oliver gives away telltale signs of her inexperience as an author writing "suspense". She has a magical way with words, however her portrayal of many characters are stereotypical, although, that might be intentional. 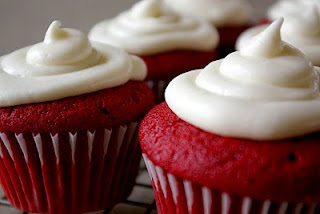 Rate & Recommend?:  Yes! DEFINITELY! Delirium is a story that makes you bubbly with every detail and frantic to share every memorable quote with the person sitting next to you. It easily scored a 4.5 out of 5. As I inhaled the ending, so many emotions came crashing down on me, and I couldn't believe the adventure was already over when I flipped the book close. Luckily, I've been informed that Delirium is to be a trilogy! I'd like to end on the note that Lauren Oliver has painted a lyrical masterpiece. It is a MUST read.

-
-
-
In honor of the http://presentinglenore.blogspot.com/ Dystopian February Kick-Off!
Posted by Carina L. Tai at 7:46 PM