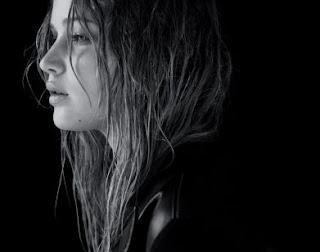 Can you believe it?!? Hollywood's most anticipated role has been cast! It feels like only yesterday I was rooting for Kaya Scodelario (though, that didn't get far). And as the capital letters in the title hint, Academy Award nominated actress, Jennifer Lawrence has won the role. Personally, I'm not ecstatic about it, nor am I extremely disappointed. I just haven't seen enough of Lawrence's work to completely form an opinion about her. From her interviews during the Academy Awards though, she didn't seem to be as vibrant and powerful as Katniss was in the book. But then again, she's an actress, so I'm sure she can pull it off. The only thing that bugs me a little, is that she's a bit too old, and she doesn't strike me as "The Girl Who Was On Fire." What do you think? 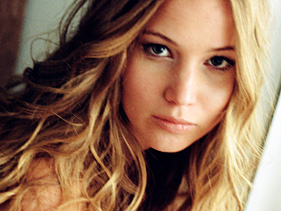 Here's the official article from Mockingjay.net :

LOS ANGELES, CA, March 17, 2011- Lionsgate and the filmmakers of “The Hunger Games” are pleased to announce that Academy Award® nominated actress Jennifer Lawrence will assume the coveted role of Katniss Everdeen in the much anticipated film adaptation of Suzanne Collins’ “The Hunger Games.”
The film will be directed by Gary Ross, and produced by Nina Jacobson’s Color Force. Collins’ best-selling novel, which has over 3 million copies in print in the United States alone, is the first in a trilogy of science fiction/action novels which have developed a global following. Lionsgate will release “The Hunger Games” on March 23, 2012.
Newcomer Lawrence’s meteoric ascent began in earnest with her breakout role in last year’s “Winter’s Bone,” and culminated in an Academy Award nomination. This summer, Lawrence will star in Matthew Vaughn’s “X Men: First Class” and in “The Beaver” directed by Jodie Foster. Later this year, she co-stars in the Sundance Grand Jury winner “Like Crazy”.
Author Suzanne Collins weighed in on the selection of Lawrence, “Jennifer’s just an incredible actress. So powerful, vulnerable, beautiful, unforgiving and brave. I never thought we’d find somebody this perfect for the role. And I can’t wait for everyone to see her play it.”
“I’m so excited work with Jen and see her bring this character to life. Katniss requires a young actress with strength, depth, complexity, tenderness, and power. There are very few people alive who can bring that to a role. Jen brings it in spades. She’s going to be an amazing Katniss.” said director Gary Ross.

Are you happy with this casting choice?
Are you still going to see the movie, even if it's cast badly?
Who are you hoping will play Peeta and Gale?
Posted by Carina L. Tai at 4:50 PM