I just happened to stumble upon some juicy pieces of news worth sharing! Visit: http://inkpop.wordpress.com/category/inkpop-fundamentals-2/ for more news and the original posting.

DISCLAIMER: The following is not my work, courtesy of: http://inkpop.wordpress.com

★ Your first look at Gayle Forman’s ‘Where She Went’ Since its debut in April of 2009, Gayle Forman’s If I Stay has won the hearts of readers and critics alike – even earning praise from Entertainment Weekly in the form of the simple…“Beautifully written.” Now, two years later, Forman is gearing up to release the long-awaited sequel, Where She Went. “ Told from Adam’s perspective, the action fast-forwards three years later. Mia has left Oregon (and Adam) to pursue her dreams in New York City, but a chance meeting in the Big Apple reunites the two former loves and, well…you’ll have to pick up a copy of the novel on April 5 to find out what happens.” Of course, if you can’t wait until April 5 to learn more, check out the recently discovered

I thought the concept of Gayle Forman's first book was completely captivating, but I'm not sure how a full movie would play out! For a diary/introspective-type book, it was paced perfectly... but a 95 minute movie? Any suggestions or ideas? Regardless of how Hollywood is overrunning the literary world, I'm still highly anticipating the second book!!

"DELIRIUM IS HEADED FOR THE BIG SCREENS!" 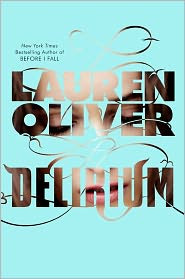 ★ Lauren Oliver’s ‘Delirium’ headed to the big screen! Though it has only been one month since Lauren Oliver’s Delirium hit bookstores; the novel, which centers around seventeen-year-old Lena Haloway, and is “… set in a world where love is considered a disease, which is cured by a lobotomy-like procedure” has been making waves in the literary world, receiving rave reviews from bloggers, and critics alike. So much so that Fox 2000 has already “… purchased the screen rights to the ‘New York Times’ bestselling novel, in addition to signing a first-look deal with Lauren’s company ‘Paper Lantern Lit’ (meaning more of the author’s works could land in theaters in the coming years).”


Wow! It feels like Delirium only came out a month ago (Oh wait, it did!) and Fox 2000 already has the screen rights! Personally, I think Delirium is a trilogy with great potential, and it makes me all warm and fuzzy inside to know that Dystopian-type movies are becoming just as popular as the books are. Again, what do you think of Delirium's growing popularity? Think it'll be a box office hit? 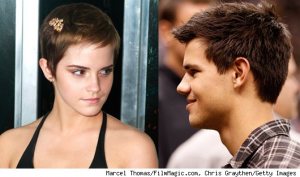 ★ ‘Incarceron adaptation snags a student from Hogwarts and a werewolf from ‘Twilight’ While Twilight star, Taylor Lautner, officially signed on to star as Finn in the big screen adaptation of Catherine Fisher’s Incarceron back in December of 2010, the role of Claudia has yet to be cast…until now. Though nothing is official at this time, Just Jared has reported that Harry Potter star Emma Watson is at the top of the list to star as the leading lady. Moviefone.

Hmm....I found out that Incarceron was undergoing the movie process several weeks ago, and it came as a shock to me when I found out Taylor Lautner was going to star as Finn. Somehow, it never occurred to me that a sexy shirtless werewolf was going to play Incarceron's imprisoned prince. Catherine Fisher's story is just SO immensely complicated, I think that half the details will get lost in transition from the book to the movie. The book itself was already a network of inexplicable happenings, how will all that be crammed into a 2 hour movie? And Emma Watson? I love her as an actress, but I just don't see her as Claudia. Maybe it's just me, but every time I see her picture in magazines, all I think about is Harry Potter. Same with Taylor Lautner. It'll be like a werewolf and wizard role-playing in a crazy fantasy world!
Posted by Carina L. Tai at 6:58 PM