*__* It's absolutely stunning. I'm going to let the picture do the rest of the talking. 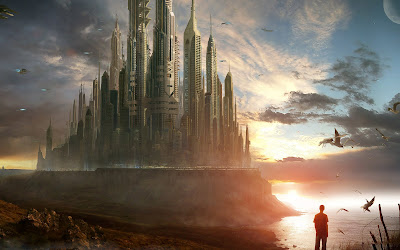 The Hunger Games is a popular science fiction novel, written by Suzanne Collins, currently being adapted to film. It takes place in a dystopian world featuring pristine futuristic cities, destroyed futuristic cities,  poverty stricken districts and perilous battle zones. While no official images from the film have been released, there is a bountiful source of science fiction matte paintings and digital art that many talented artists have produced on the web over the years. This post contains a compilation of images that fit the descriptions of each cool zone in the novel.